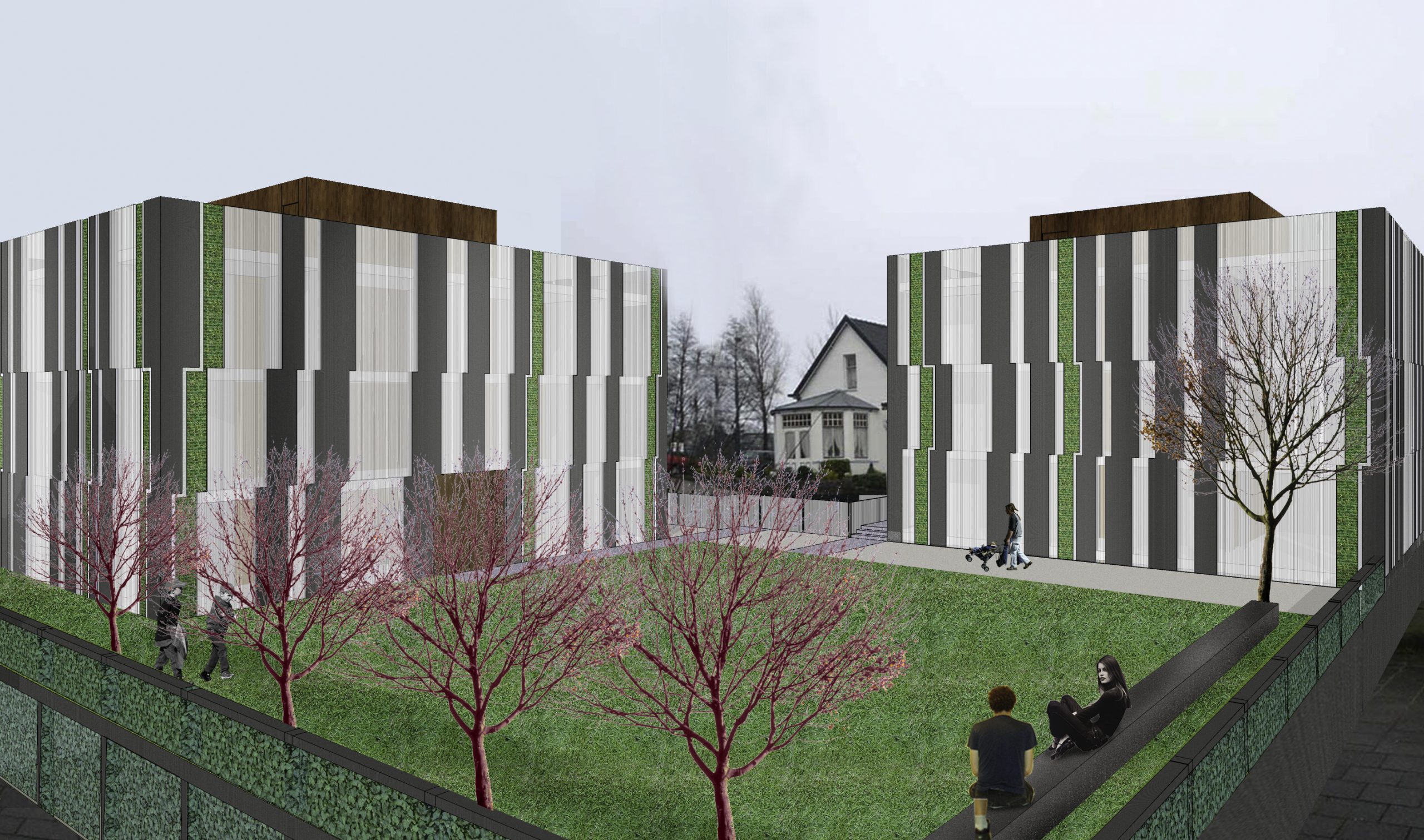 In a historical part of the city Zoetermeer one allotment became empty after a former garage company have moved to an industrial area. The lot is situated against a dike and is a part of a transition area to the water. A complex with 13 apartments containing two towers have been placed on a plinth which has been slid against the dike. The plinth itself is a car park, cycle parking, storages and a apartment. On the garage roof a collective garden will come, which will also serve as an entry to the two buildings. 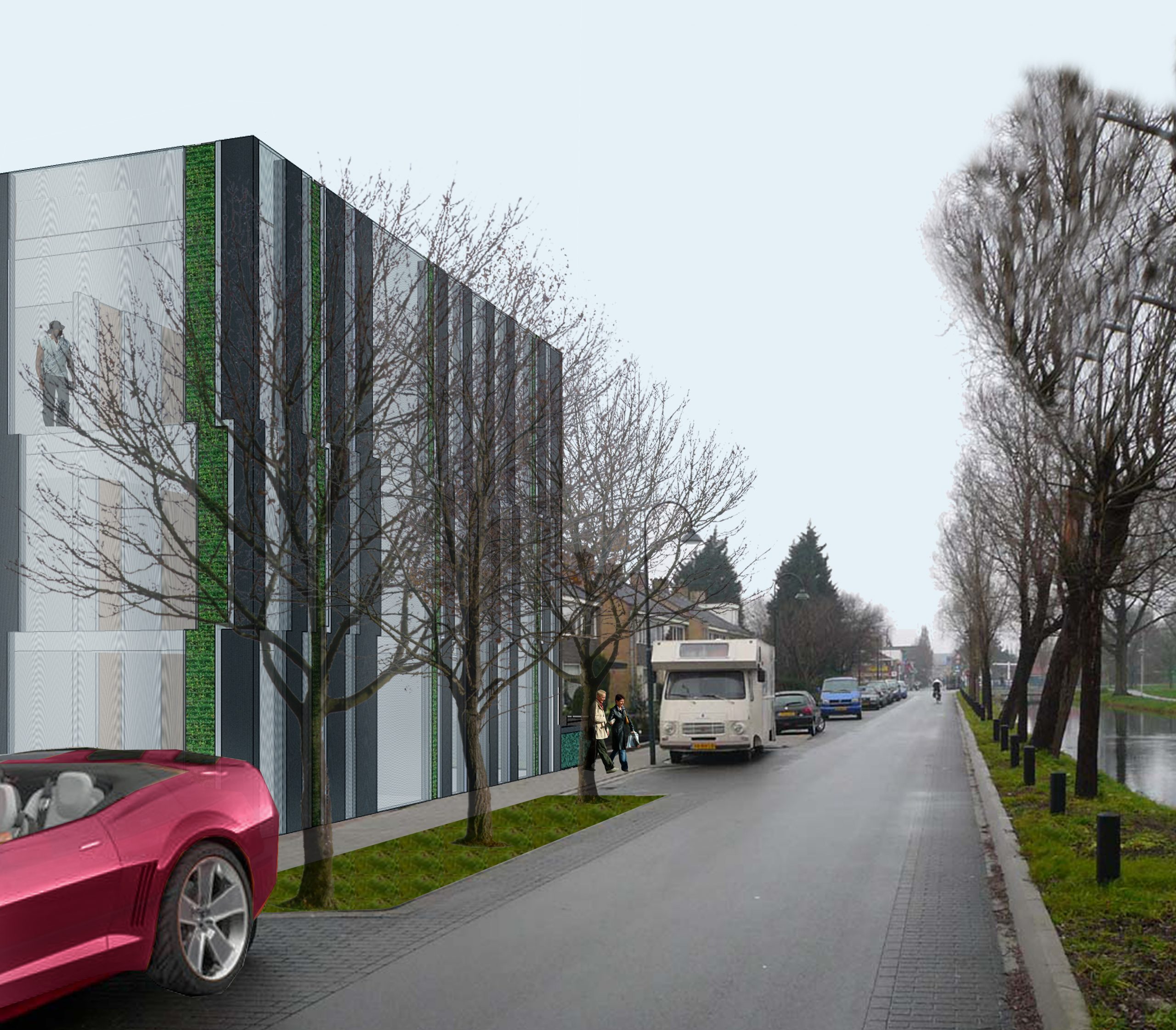