Situated in one of The Netherlands`most prestigious and representative locations for residences surrounded by large parks and gardens, the garden consists now of wood patches that alternates with large grass areas. Most of the trees have reached their mature stage and give a special atmosphere of green lush to the garden, although they appear too dense and dark probably due to lack of maintenance in the last few years. Very geometrical little gardens, dark topiary hedges and paths with round wavy shapes, that remind of a landscape style park, contrast in a garden that does not show a real strong and harmonic image. The garden terrace with a large and sharp triangular shape interacts with the open view without apparently merging with it. The view to the garden is mainly formed by the homogeneous mass of trees in the distance, acting as a dense green frame, and some specimen trees on a shorter distance to the house; the garden misses at the moment a real coherent ornamental image, although it has already some good potentials for its future use due its size and presence of well developed trees. 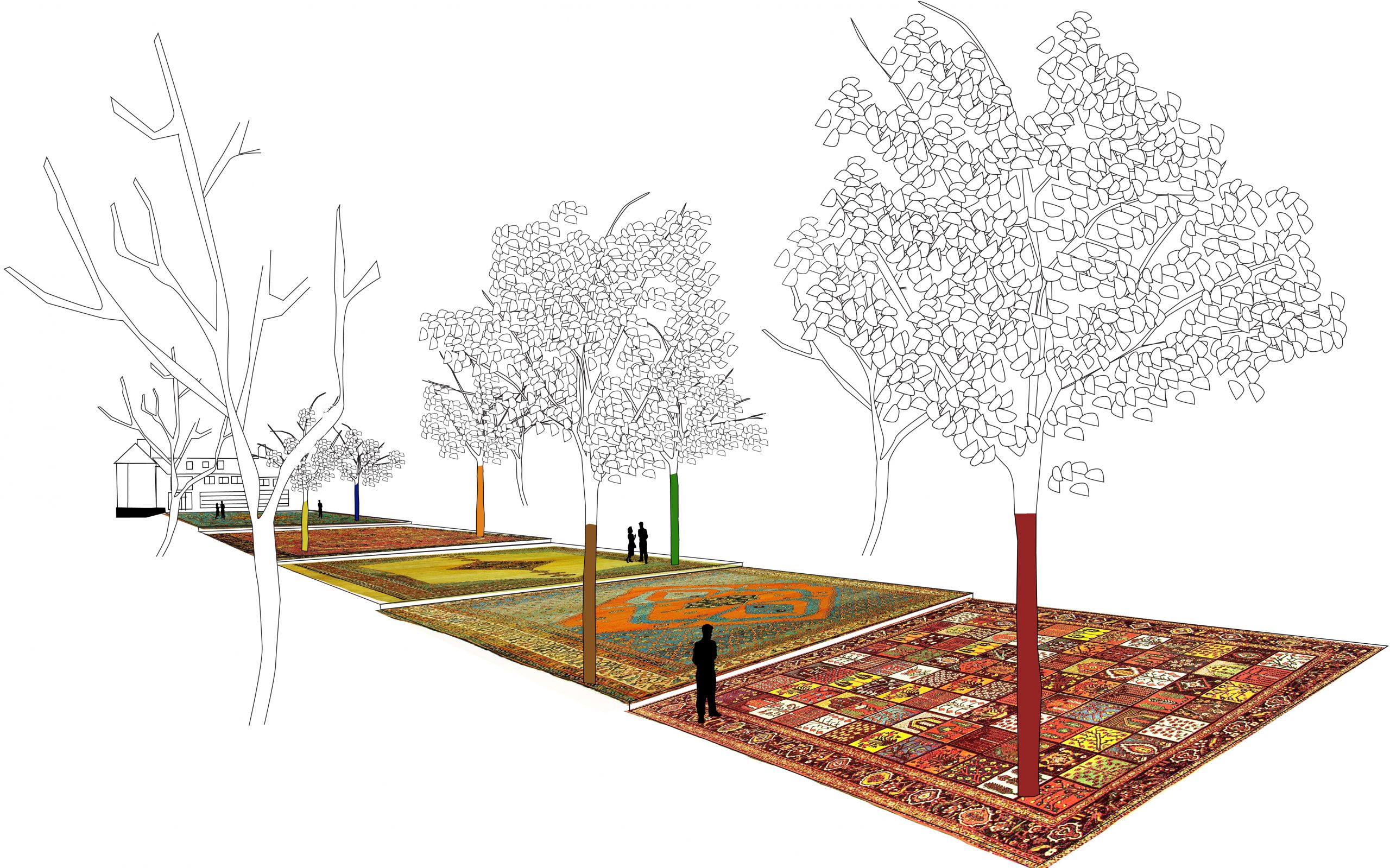 The concept of the new garden consists of two strong elements: a “vegetal carpet” and a circular pond. As the circular waves created from a stone that is thrown in the water or by rain drops in a paddle, sectors of circular shapes are created around the pond with different materials and functions. The carpet embodies the entrance of the house as well as the entrance of the garden from the house. Along with existing valuable elements as the trees and actual morphology of the landscape, this concept creates a strong base for the design of the new landscape of the garden. The new garden will be composed by various intimate and open spaces which create a clear image around the residence in the different seasons, at the same time, they give the entire space a distinct identity using specific tools of landscape and architectural design.

This project was in collaboration with INSIDE OUTSIDE/Petra Blaisse.