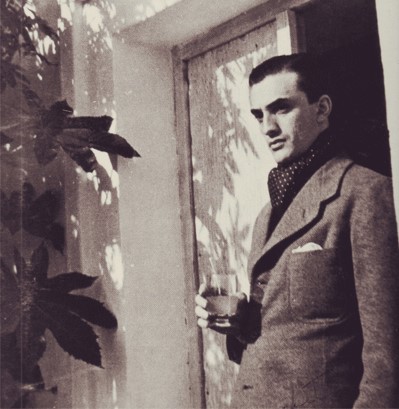 Behind the historic premises of the Royal Institute of Engineers (KIVI NIRIA) beside the grand Prinsessegracht in The Hague is a small office wing from 1963 designed by the architect P.A. Leupen. There is an auditorium on the ground floor of the sober building. As it was no longer considered representative enough, the institute invited us to renovate the auditorium and to design a new foyer. The foyer will be completed in 2008, the auditorium is already in use. we recycles some of the existing elements, such as the parquet floor and the natural stone wall. The new interior has down to the tiniest detail in collaboration with Petra Blaisse and Vincent de Rijk. Because the existing elements were taken as the starting point and were regarded as a quality, the old and the new match seamlessly. 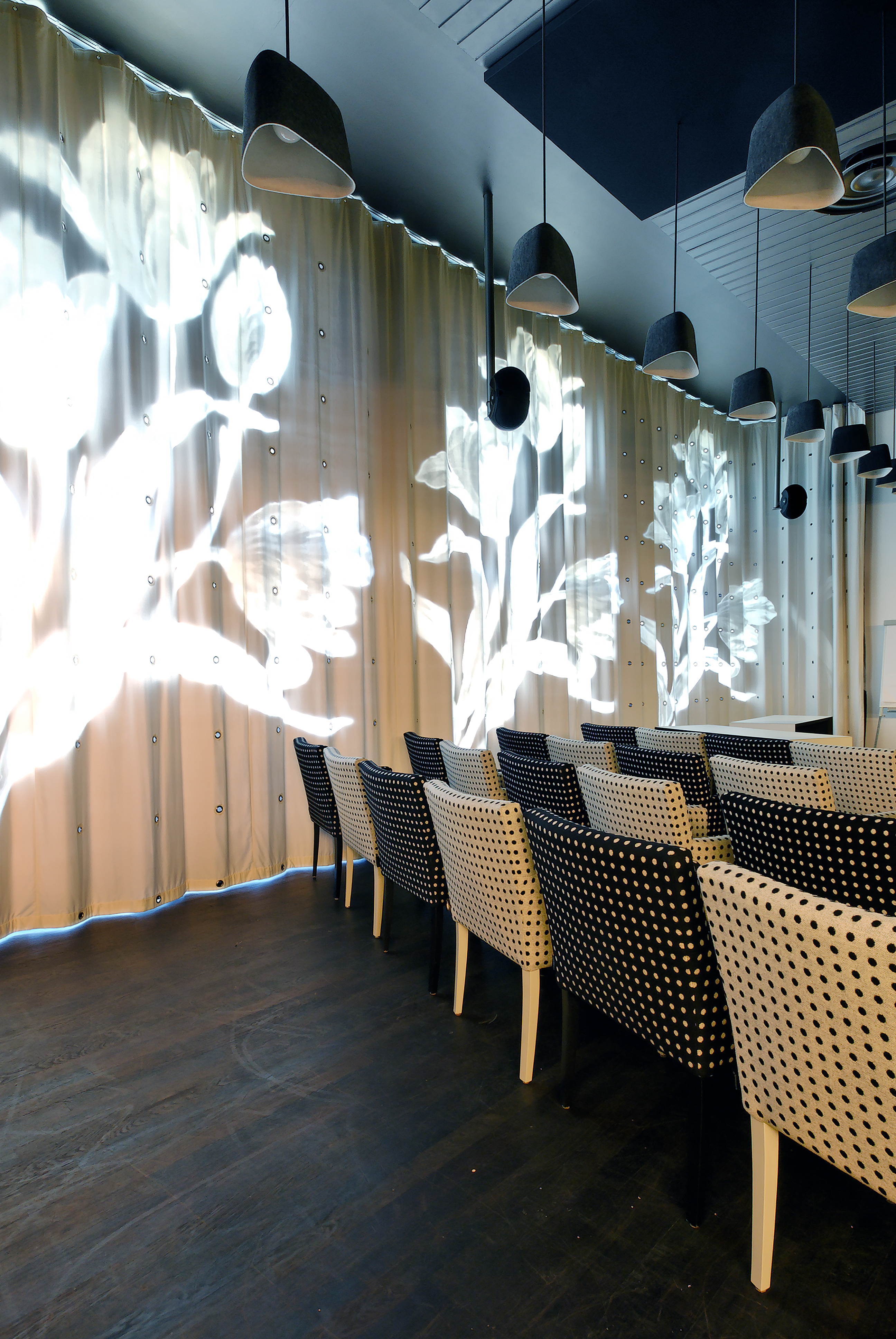 The original auditorium of the KIVI had some representative features that were typical of the 1960s: a wall with grey-green natural stone cladding in narrow strips and an attractive wengé parquet floor. The parquet had disappeared beneath neutral carpeting in the course of time and the rest of the hall had also been rendered far more sober. Only the natural stone wall was still visible. We took these elements as the starting point for the redesign of the auditorium. Early in the design process we came across the Felt hanging lamp by Tom Dixon, which produced exactly the right atmosphere: sober, contemporary, but also warm and friendly. The lamp has an organic shape, anthracite on the outside and white on the inside. Ninety-four Felt lamps form a dense grid that hangs in the hall like a second ceiling. The shape of the lamp is echoed in Vincent de Rijk’s orange cast polyester lectern. He also made the spectacular coffee table, which stands on three tree trunks at the rear of the hall. The orange table top is also made of cast polyester, with leaf shapes incised on the lower surface. The original dark brown wengé parquet floor has been restored to its former glory. In combination with wall panelling in the same type of wood, it contrasts with the natural stone wall and the hanging lamps. The entrance from the projected foyer is through a very big door padded with beige imitation leather. 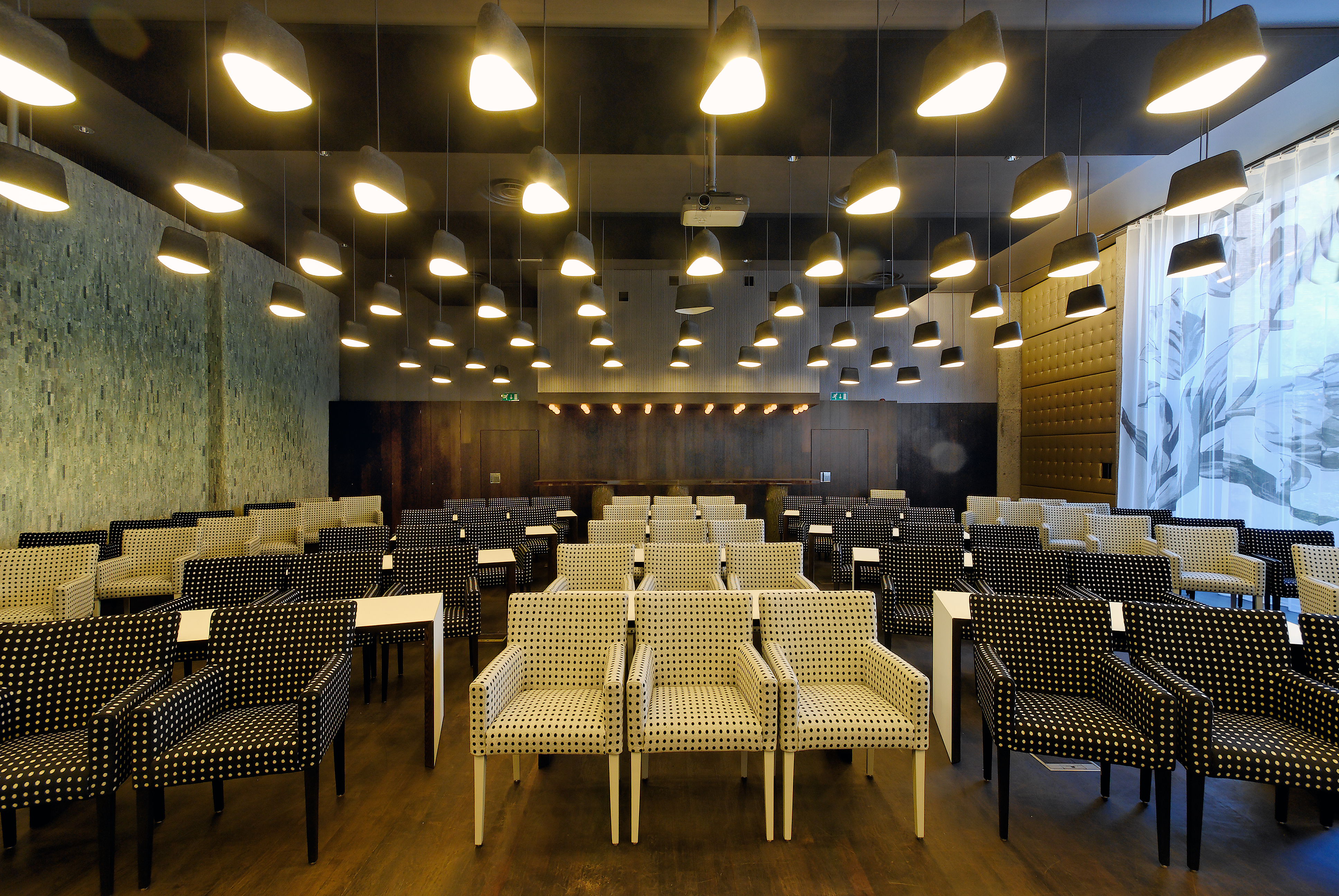 The large windows that open into the enclosed with a view of the back of the old building can be covered with 2 curtains designed by Petra Blaisse – Inside Outside : a transparent voile or a white velour darkening curtain. Both curtains are (digitally) printed with enormous black & white tulips. The print on the lining of the darkening curtain is the negative of the black tulips on the white voile. When the darkening curtain is drawn during daytime, the white tulips appear illuminated on the velour. By putting on the lights in the auditorium, the tulips fade away and the curtain seems to be a plain white velour curtain with metal eyelets. 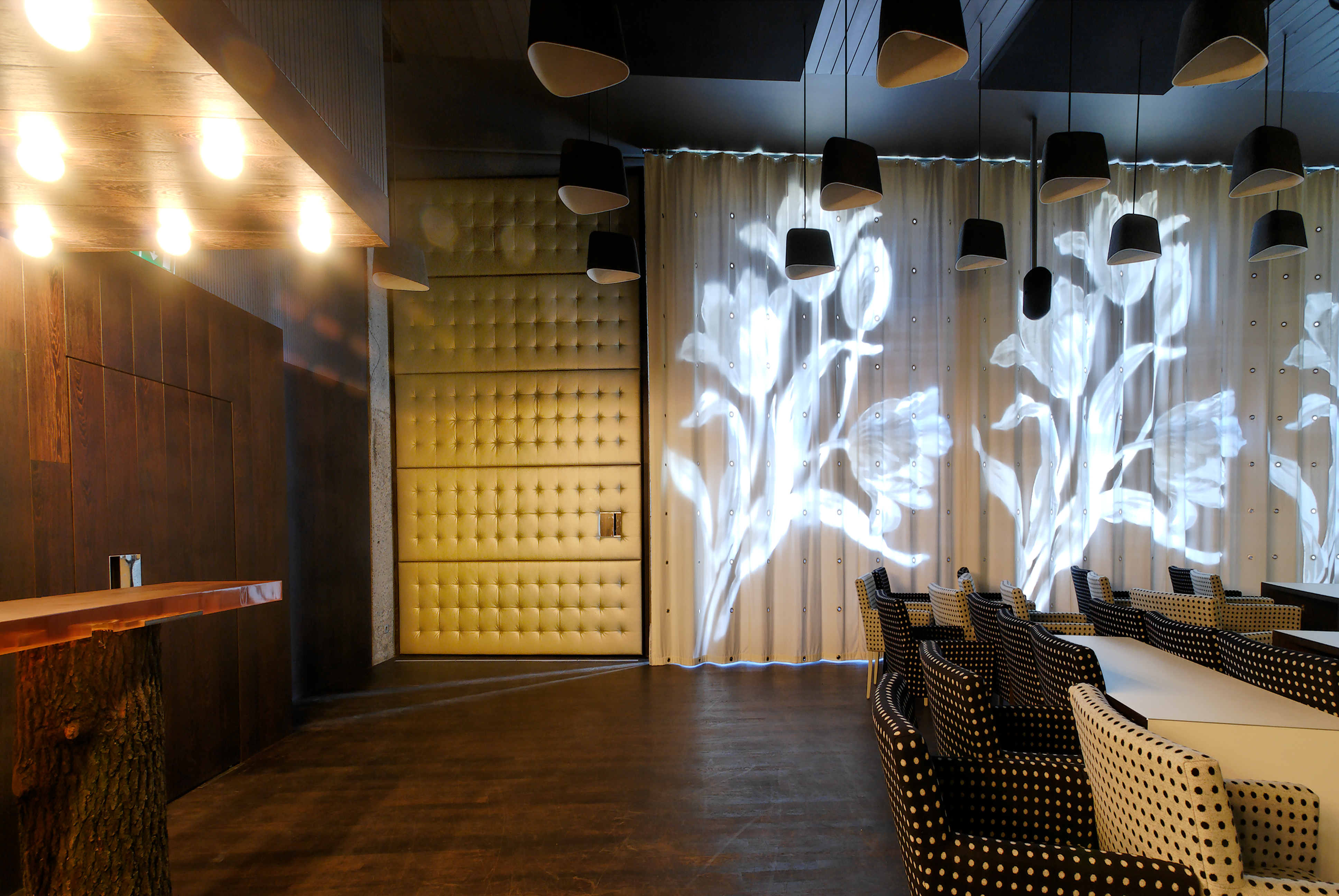 The eighty chairs were designed by AAArchitects. A woollen fabric in two versions: one with white dots on a black background, The tables were also specially designed. In contrast with the white top, the lower surface and the sides of the tables are laminated with wengé. Built-in castors make them easy to move so that they can be rearranged in different ways. Of course, good acoustics are of the greatest importance in an auditorium. The Peutz engineering firm was responsible for this. In particular the curtains, the fully upholstered chairs and the special absorption elements in the ceiling guarantee the ideal acoustics.