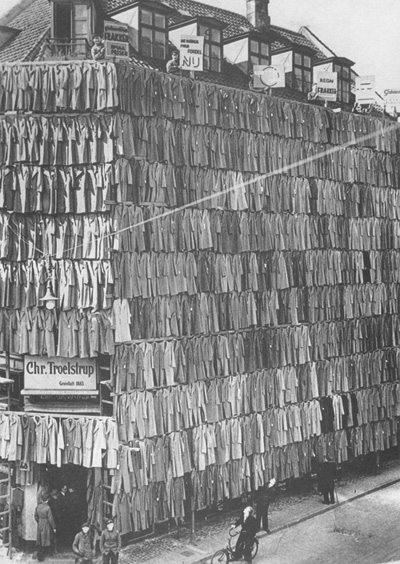 Apparently The Hague has a fine rock-climate. Famous rock artists such as Anouk, Kane, Direct and The Golden Earrings have it’s origin in this city but an eminent training/education for becoming a Rock artist does not exist in the bigger Randstad ( Rotterdam, The Hague, Utrecht and Amsterdam). You would have to travel to other regions as Tilburg or Leeuwarden. The Hague is situated in the center of the Netherlands and is reached very well through public transport. A Rock Academy combined with a stage function will increase the attractiveness of the city center and will be complementary to the existing classical stages and educations in The Hague such as the Art Academy and the Music Academy. 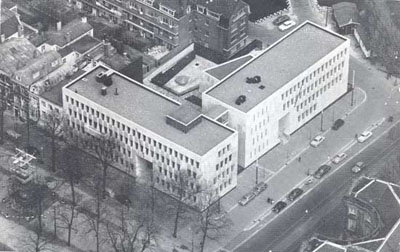 The existing building will not be demolished, it can easily be transformed into a school. The building also contains a number of particular spaces that can utilize stages or other school functions as an auditorium or a library. 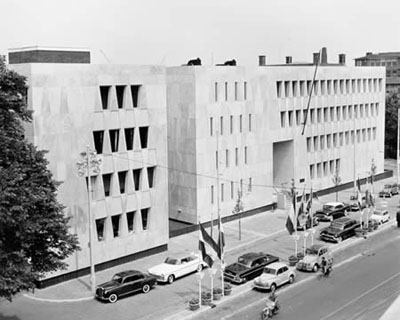 The existing building is an unapproachable closed box that is incidentally cut by some fine shaped windows. The building obviously presents itself as a whole and has a clearly modern monumental value. When changing these kind of structures the building will lose all of it’s architectural value, that’s why we think keeping the building as it is the only solution. The only addition that we would like to offer is a covering of the entire façade with important record sleeves from the history of rock music. This structural replenishment emphasizes the major form of the building and will be visually strong enough to turn this building into the new center of rock music of The Hague. 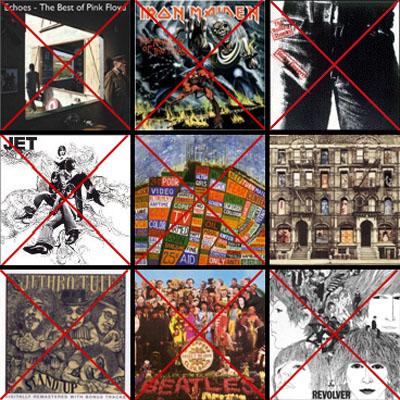 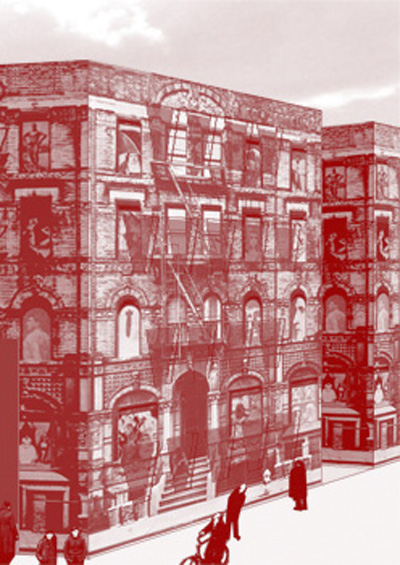