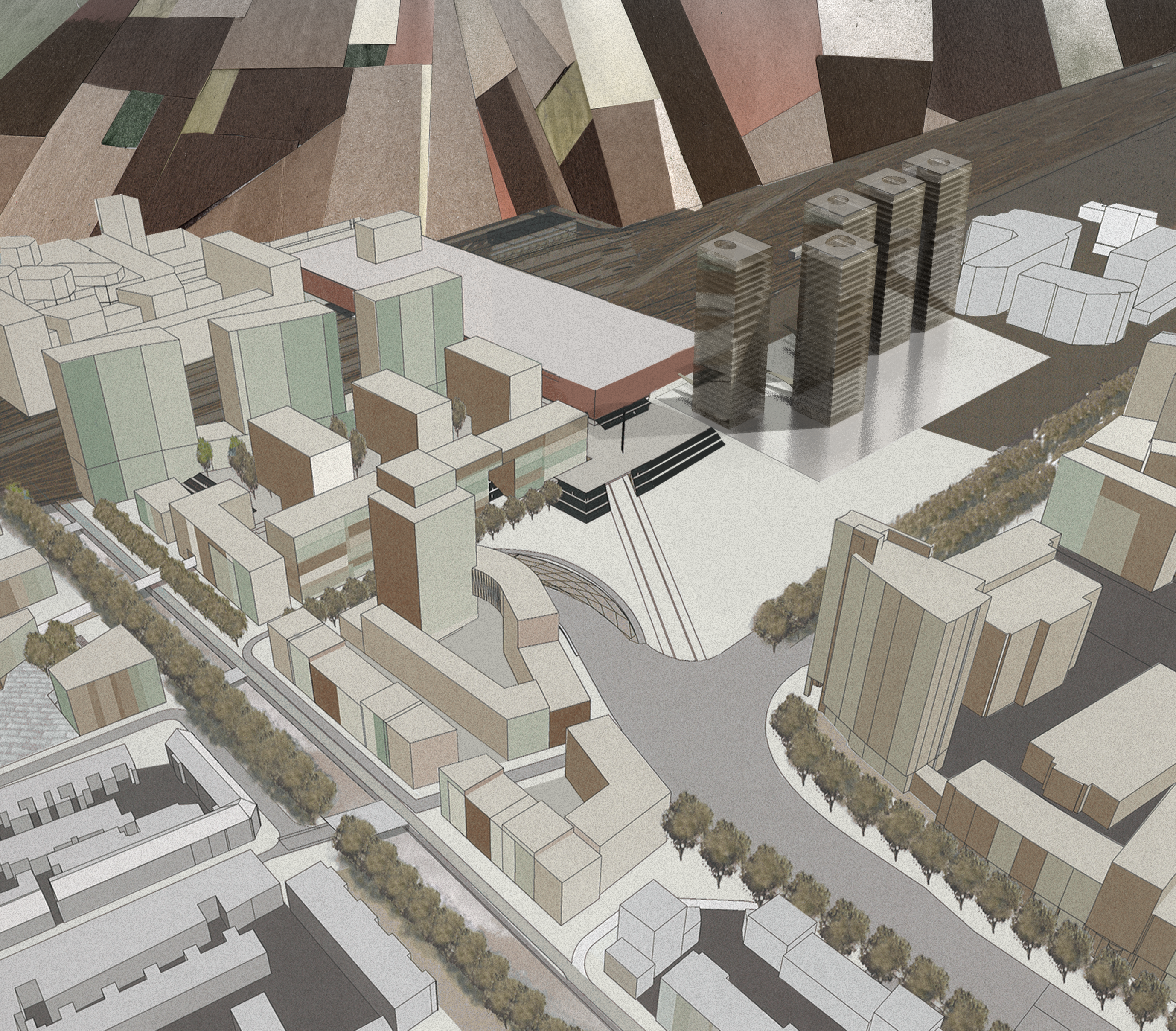 The design of the five towers is based on the part of the city Utrecht in the realization of the current state of the Netherlands. In the year of 1579, the cooperation of five provinces (Holland, Zeeland, Gelderland, Groningse Ommelanden and Utrecht) was sealed in the Union of Utrecht. The Government authority ´De Knoop´ consist of three office towers, a hotel and a conference building. The geographical position in the central part of the Netherlands makes it very interesting to create this program on this site. Each tower consist of twenty-three floors with a measurement of 30x30x100 meters and has a different vacant space shaped as a vortex. 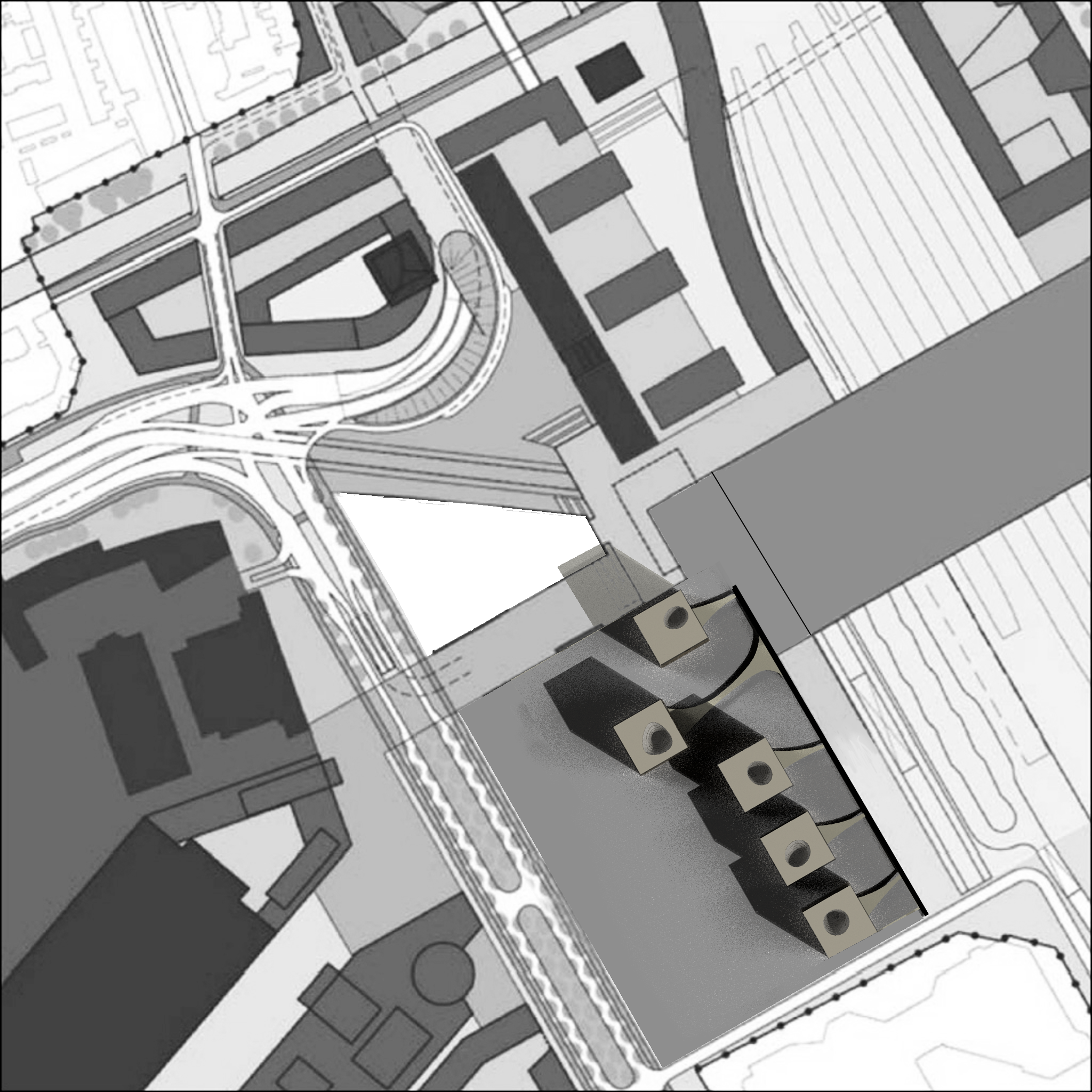 The towers can be reached through a railway from the new OV-terminal and are placed in a low water reservoir. This will create a connection between the five towers and a stopping place with regard to the area and the city. Underneath this with water reservoir is a two floors parking garage situated. This design will provide the municipality of Utrecht as well as the government a strongly representative appearance, characterized by a sober and neutral architecture that is disconnected from commercial purposes. 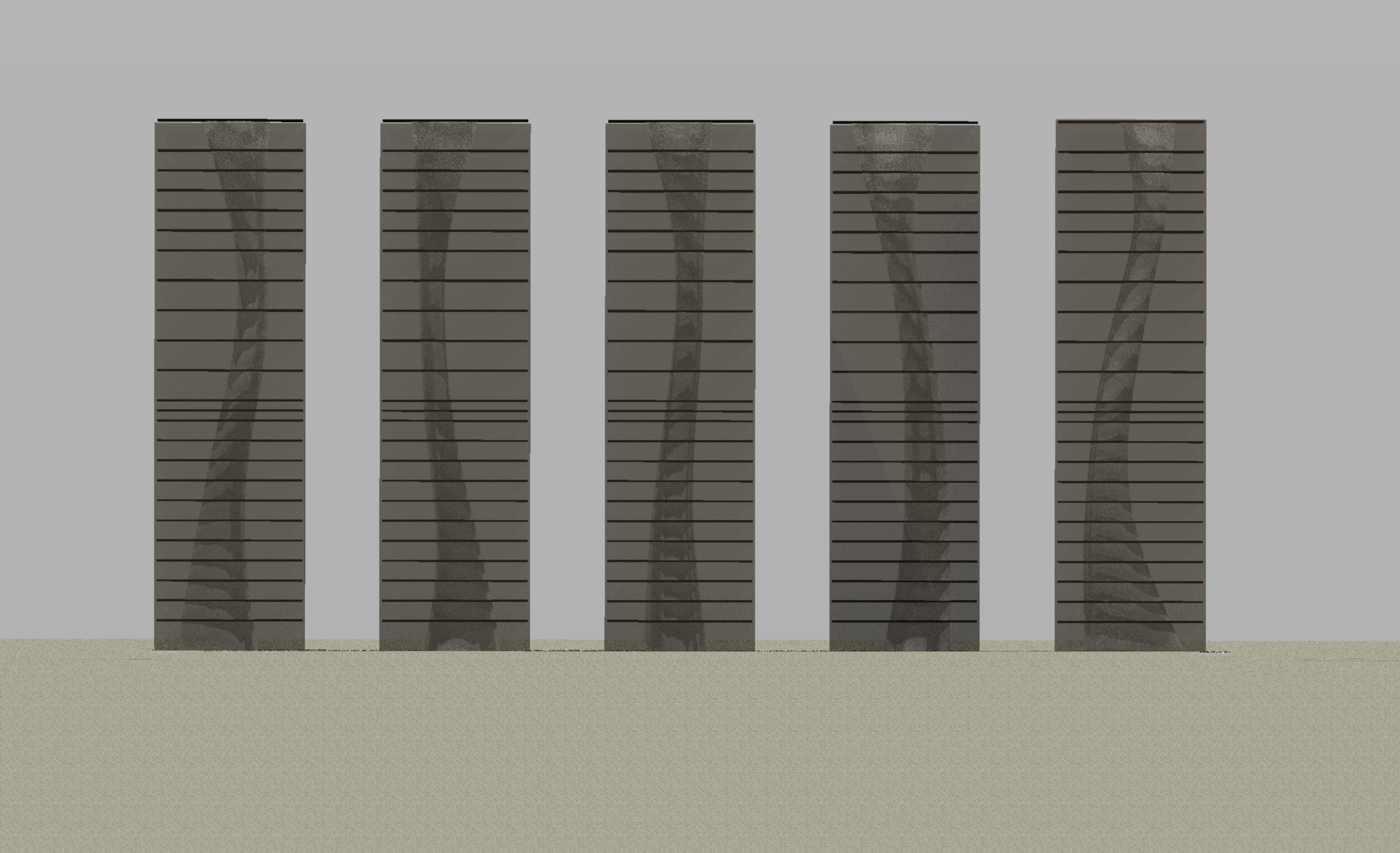